Cinnamon Bay Beach is one of the most beautiful beaches you'll ever find. It is within the Virgin Islands National Park and is the longest beach on St. John. The campground is managed by the U.S. National Parks Service and offers an affordable means for everyone to visit St. John.


Virgin Islands National Park – which already encompasses 60 percent of the tiny Caribbean island of St. John — just got a little bigger.The beach at Maho Bay and its surrounding hillside recently was sold to the National Park Service in a $2.5 million deal, the Trust for Public Land announced. It’s the park’s largest addition since 1956, when the philanthropist Laurance Rockefeller, hoping to preserve the island paradise he fell in love with, donated more than 5,000 acres toward its creation. read more... 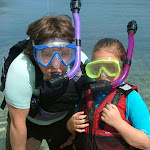 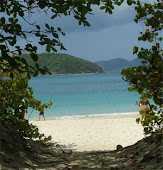 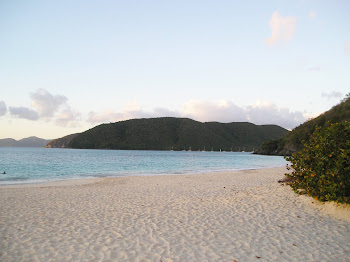 Join our discussion of Cinnamon Bay

Facilities
Cinnamon Bay Beach is located at to the Cinnamon Bay Campground. The campground offers cottages, platform tents and bare campsites, along with all the camping gear you'll need. There is a general store, restaurant, snack bar, lockers, restrooms, changing rooms, showers, telephones, picnic tables and barbeque grills all open to the public.

You can get to St. John from two locations in St. Thomas, Red Hook and Charlotte Amalie. Cruz Bay is the only ferry port in St. John.

The Charlotte Amalie, St. Thomas ferry is a 40 minute ride and can accommodate vehicles, but plan ahead. 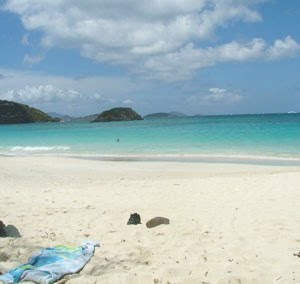 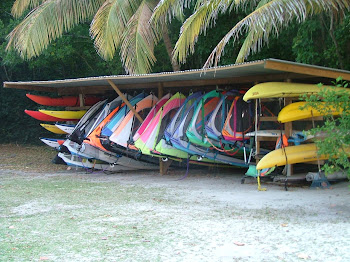 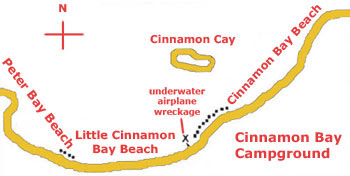 To reach Little Cinnamon, go to the Campground and go left on Cinnamon Bay beach. At the end of the beach there is a narrow trail that goes through the bushes, near the shoreline and over some rocks.